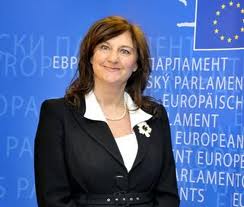 The draftsperson of European law on mediation in civil and commercial matters, Euro MP, Arlene McCarthy this week welcomed moves by the Italian Government to tackle notoriously long delays in the Italian legal system by adopting new rules on mediation as a quick, effective and cost effective alternative to civil litigation.

Labour’s Spokesperson on Legal Affairs Euro MP, Arlene McCarthy said: “In April 2008 the European Parliament voted to adopt new rules on mediation. In 2011 I drafted the Parliament’s report looking at how the new law was working across the European Union.”

“In 2011 Italy was already ahead of the game and being looked at as a possible EU model of best practice on mediation. These new Italian rules introduce a smarter form of mandatory mediation, asking litigants to start a mediation process, but allowing them to withdraw from the process at the beginning of the mediation for a nominal cost, if they think that the conditions for settling are not there.”

On the benefits of mediation Arlene added:  “For individuals or businesses going to court is often a long, drawn out and costly affair.  Mediation can be a flexible, speedy and cost-effective alternative solution.”

“The EU needs to learn from this new Italian model and do more to encourage and promote mediation as an alternative to legal proceedings. It’s better for individuals and for business.”