ADR CENTER
Home Articoli Italians Do It Longer, Too: A Machiavellian Saga in ADR, or Just...
Articoli

Italians Do It Longer, Too: A Machiavellian Saga in ADR, or Just Lawyers Without a Plan? 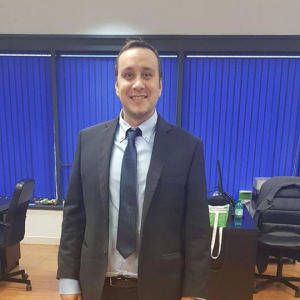 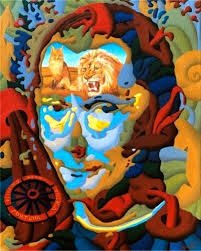 Mediation has long been a matter of contention in Italy. First introduced by a government decree in 2011, mandatory mediation resulted in strikes by part of the legal profession, and was then quashed in 2012 by the country’s Constitutional Court, ruling that a parliamentary statute is needed — not a mere decree — to require litigants, in certain types of disputes, to try mediation before they can go to court.  The constitutionality per se of mandatory mediation was thus not at all addressed by the decision, leaving the matter in the hands of the legislator.

As the number of mediations dropped drastically after the court decision, in September 2013 Italy re-introduced the mandatory requirement. This time by act of Parliament, with another notable change: no more is there an obligation to go through, and pay for, a full-blown mediation, in certain categories of civil cases (such as banking and insurance contracts, medical malpractice and a few others). Litigants in these cases are only required to participate in a free preliminary meeting with a mediator, or else, they face certain sanctions at trial. Only if all parties agree to continue after the first meeting does the case remain in mediation, and if they do not settle, of course there is no sanction at all. If they do settle, there are instead some fiscal benefits for them.

The Ministry of Justice statistics show that the new mediation model works well (https://webstat.giustizia.it/Analisi%20e%20ricerche/Mediazione%20civile%20al%2031%20marzo%202014.pdf).  When the parties agree to continue with mediation after the first free meeting, almost one in two cases settles. This percentage is very high, given that the majority of mediations are initiated because the litigants have to, and produces significant and measurable savings. Indeed, because of the notorious length of the Italian civil trial process, each failed mediation generates a cost which is infinitesimal, compared to the huge benefit of each successful mediation.  Recent estimates of the European Parliament indicated that, on average in the 28 Member States of the EU, a mere 25% success rate of mediation is needed for the benefits of successful mediations to offset the costs of failed ones.  Generating 20 times the number of civil and commercial mediations in countries such as Germany and the UK, the Italian mediation model was recently called, by the European Mediation Directive Rapporteur and former Vice-President of the European Parliament, an example from which “the EU needs to learn.”

Yet despite these results and international recognition, mediation remains a hotly disputed matter in Italy: no longer solely between those in favor and those against, but now possibly also within the legal profession itself.

The latest spark is the debate on a bill introducing a new ADR procedure, called “assisted negotiation.”  Regardless of its name, the procedure is essentially a face-to-face negotiation between litigants, with the mandatory assistance of outside counsel. If the parties engage in assisted negotiation and an agreement is signed also by the attorneys, the settlement becomes immediately an enforceable title, without need for court or other forms of approval. Assisted negotiation would be available to litigants in all civil cases, and become a condition precedent to trial in certain categories, such as car accidents, other than those already subject to mandatory mediation. Since in Italy one cannot participate in mediation without outside counsel where mediation is a condition precedent to trial, assisted negotiated would extend the monopoly of the legal profession from court litigation to all forms of ADR in the Bel Paese.

Most  observers, including the National Association of Judges, have expressed serious concerns about the ability of assisted negotiation to keep large amounts of cases from reaching Italian courthouses; both in terms of its novelty and usefulness.  Indeed, litigants can already obtain very easily an enforceable title, if they reach a negotiated settlement of a dispute.  Along these lines, the 5.4 million civil cases pending before the Italian courts are nothing but failed ‘assisted negotiations’. Moreover, noted scholars, not just representatives of professions cut off by the assisted negotiation bill, argue that the new process is unconstitutional. Finally, in light of its own positive experience, why shouldn’t Italy take instead the invitation by the International Monetary Fund, this last September, of “promoting wider use … of mediation?” (http://www.imf.org/external/pubs/ft/scr/2014/cr14284.pdf)

The truth is that lawyers, who lobbied heavily for assisted negotiation, are possibly the strongest lobby in the Italian Parliament.  To prove that, as soon as the assisted negotiation bill reached the Senate for debate, the National Bar Council (CNF) has tried to strengthen the lawyers’ role in ADR even further, asking that assisted negotiation become “alternative” to mediation (hence, litigants now having to show up at the free meeting with the mediator could instead choose to do an assisted negotiation.)  The argument presented in the CNF testimony before the Senate is that litigants cannot be forced to go through two different preliminary processes (http://www.senato.it/japp/bgt/showdoc/frame.jsp?tipodoc=SommComm&leg=17&id=803975). Yet, that argument clashes head on against the fact that assisted negotiation and mediation would apply to different, and well defined, categories of cases. How can CNF think of fooling the legislator about that!? What’s their real plan, if any?

Elaborating on the differences between negotiation and mediation is beyond my call for this article, and most certainly unnecessary for its already patient readers. I would just note that treating the two processes as substitutes would mean, among other things, considering third party intervention in dispute resolution useless; as a consequence, the same would be true for the over 130 mediation organizations established by the Italian Bar Association all over the country, in the last four years.

On the Italian national press (see: Il Sole 24 Ore, September 16, 2014, p. 39), I tried to uncover the likely motivation behind the CNF’s robust support of assisted negotiation: the de facto “sterilization” of mediation. Indeed, under the bill, when a lawyer sends opposing counsel a request to engage in assisted negotiation, and the latter does not respond in 30 days, the condition precedent is deemed as satisfied and each party can then go to court.  The still very large part of the Italian legal profession that does not believe in mediation, engages in it only when required by law, and is opposed to sharing any part of their clients’ fees with other professionals (though most mediators in Italy are lawyers!) would happily bypass mediation by simply increasing the business of the postal service (and not even paying for return postage.)

In that article I provided yet another possible explanation – possibly a truly Machiavellian one: sabotaging mediation in favor of an ADR process easy to bypass formally, and substantially weak, would serve to destroy ADR in Italy altogether. Citizens and businesses will be left with no alternative to litigating in court, where the current delays will become even longer. At that point, to save the civil justice system from collapse, the government would find it inevitable to pump additional resources in it, so that it can “contain” the work of over 240,000 Italian lawyers – four times as many as the lawyers of countries such as France, Germany and the UK. These additional financial resources are badly needed regardless of ADR. Still, a famous Italian politician comes to mind, who once said “to be suspicious is a sin, but one often ends up being right.”

And the Italian ADR saga goes on. While mediation proponents oppose the process sterilization in Parliament, a brotherly battlefield appears at the horizon.  There, the Italian Bar Association might find itself fighting in court against the mediation centers established by the local bar associations, where tens of thousands of lawyers-mediators serve as neutrals. In fact, the latter have already announced a court challenge to a recent decree by the Italian Ministry of Justice (nr. 139 of 2014), sponsored by the Italian Bar Association, making it impossible for lawyers-mediators to assist their clients before the mediation organization they work for as neutrals.

Decree 139 affects particularly the mediation organizations established by the local bar associations, whose several thousands of lawyers-mediators are no longer able to do mediation representation, so to speak, “in-house”. They have to bring their cases elsewhere, with no hope of getting anything in return, other than a good neutral service. Those in favor of the decree respond that, if the decree does generate this sharp loss in business of the bar-related mediation centers, then the decree was designed properly and reached its proper goals.

Finally, the paradox of a court dispute over mediation within the legal profession is very serious, if one considers that, in metropolitan areas such as Rome, the revenues of the mediation organization attached to the city bar account for more than one third of the overall budget.  A true conundrum, reinforcing the questions about what’s really going on within the national leadership of the profession.

Almost all disputes still go directly to court in Italy, unless parties are obliged by law to experiment with an ADR process, and the dispute over decree 139 would not fall in the latter category. It’s time for the Italian Government, especially in light of its internationally acclaimed work in this field, to press the parties to engage in a dispute resolution process capable of bringing a four-year ADR saga to an end. Since opponents in this case would be all lawyers’ organizations representing themselves, and negotiation (traditional and assisted) has clearly failed, the choice of mediation would appear obvious … unless this isn’t really about a lack of plan and logic.